More
Back to Notices 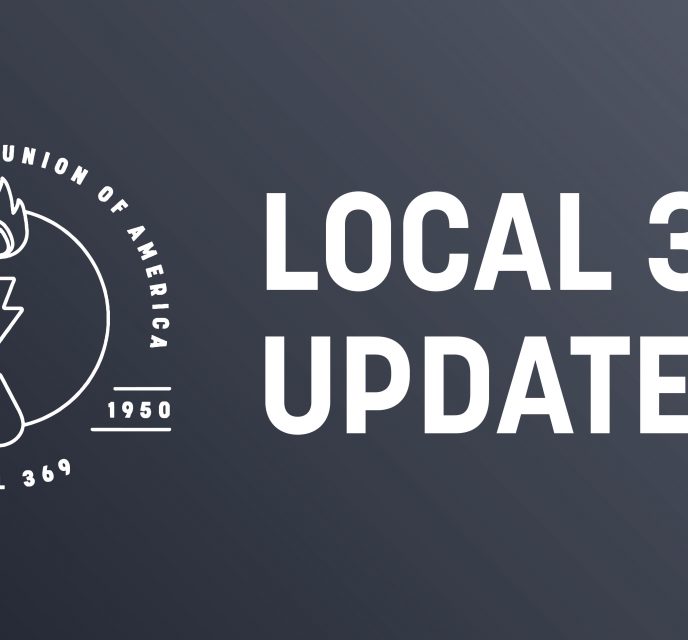 Nominations for the positions of President, Secretary-Treasurer, Executive Vice President, Business Agents, Trustee At-Large (5), all Executive Board Member Vice Presidents and Chief Stewards will be accepted at the September 13, 2020 Regular Membership Meeting, at the date, time and place indicated below.

All elections will be for three-year terms. Candidates elected as President, Secretary-Treasurer and Executive Vice President will also serve as delegates to all National UWUA Conventions and Mass State AFL-CIO Conventions and any affiliated conventions in accordance with the Labor Management Reporting and Disclosure Act of 1959.

As provided in Local 369 Bylaws, a member, to be eligible for nomination as an Officer, Business Agent, Vice President or Trustee, shall have been a member of this Local in continuous good standing for a period of not less than six (6) months preceding the date of such nomination, and is not barred from holding office in accordance with Section 504 of the Labor Management Reporting and Disclosure Act of 1959. A member need not be physically present to be nominated for any office.

If a candidate is nominated for more than one (1) office, the candidate must withdraw all nominations but one (1) within five (5) days following the day of nomination (i.e. by 5:00 PM on September 18, 2020). If a candidate fails to withdraw from all but one (1) candidacy in the event of multiple candidacies, that candidate shall be deemed ineligible for all candidacies.

A Candidates Meeting will be held immediately following the nominations meeting. Copies of the Bylaws and Election Committee rules are available at the Union Office and shall be sent by mail upon request. Please contact the Union hall at (781) 848-3740 or Election Chairperson Billy Glynn at (774) 273-4170 or jglynn5915@aol.com with any questions or concerns.

For more information on the nomination and election process, please review our Nomination & Election Guide: https://bit.ly/35rZmER