More
Back to News 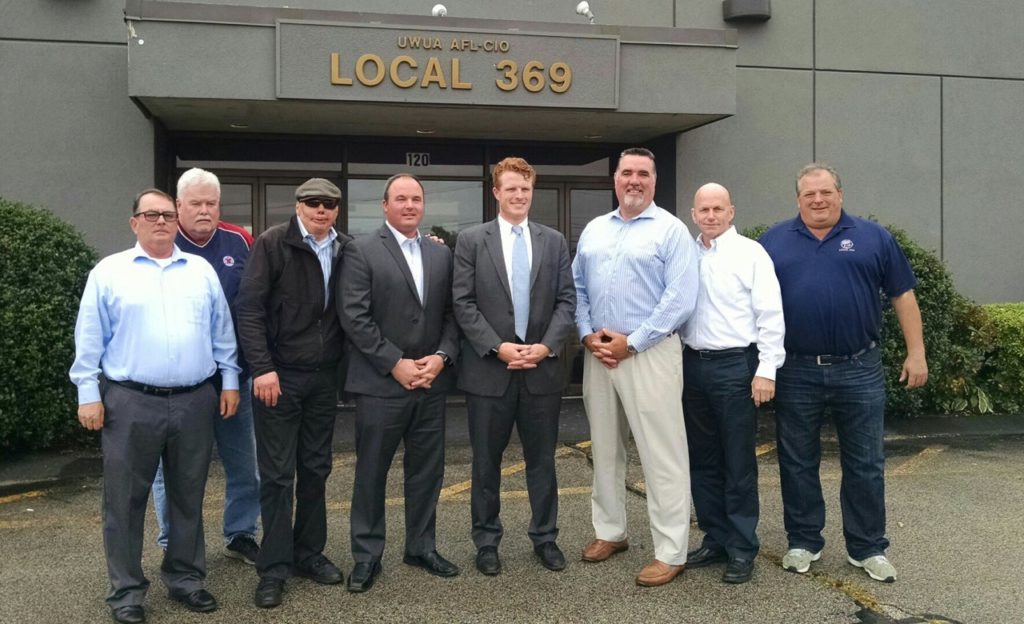 “We are at a unique crossroads in our country right now,” said UWUA Local 369 President Craig A. Pinkham. “We need fresh, progressive voices in the U.S. Senate like Congressman Kennedy, who will hold his colleagues and the President accountable while working to pass meaningful legislation for the working families of Massachusetts. Joe will fight for us in the Senate, just as he has for his entire career, from his time in the Middlesex District Attorney’s office to the U.S. Congress. Joe is the right candidate to lead for organized labor and our families.”

Headquartered in Braintree, UWUA Local 369 represents thousands of utility workers across the Commonwealth and is a growing and powerful voice in the labor movement. In recent years, the union’s coveted endorsement and political activism has helped hold Massachusetts politicians accountable to working people and their campaign promises.

“The past several decades have tilted our economy further and further away from the workers who carry our growth and success on their backs,” said Congressman Joe Kennedy III. “Our system is broken. Too many working families have been left behind. With the help of UWUA Local 369, I’ll continue to fight for economic justice here in the Commonwealth and down in Washington.”

The Kennedy endorsement comes as public support for unions is on the rise and near a 50-year high in the United States. Even as the Trump Administration is working overtime to put businesses ahead of people, UWUA Local 369 has emerged as a leading union going to the mat for working families and is proud to support Joe Kennedy III in his bid to lead that fight in the U.S. Senate.