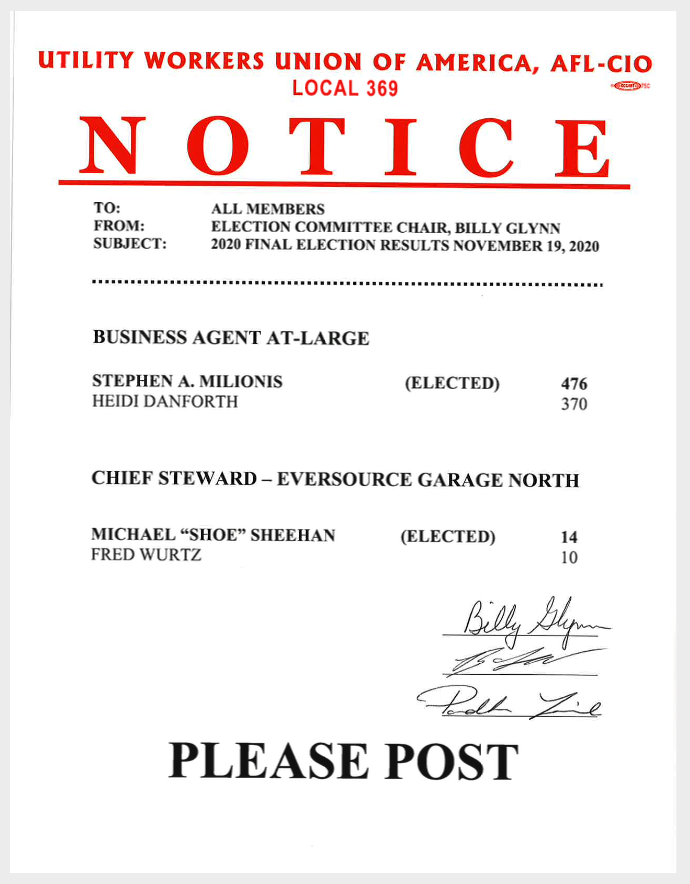 We're pleased to announce the final results of our contested 2020 Officer Elections. Congratulations to our newly-elected Business Agent At-Large and Chief Steward for Eversource Garage North. Thank you to everyone who participated in this election and made your voice heard for our Union's future. 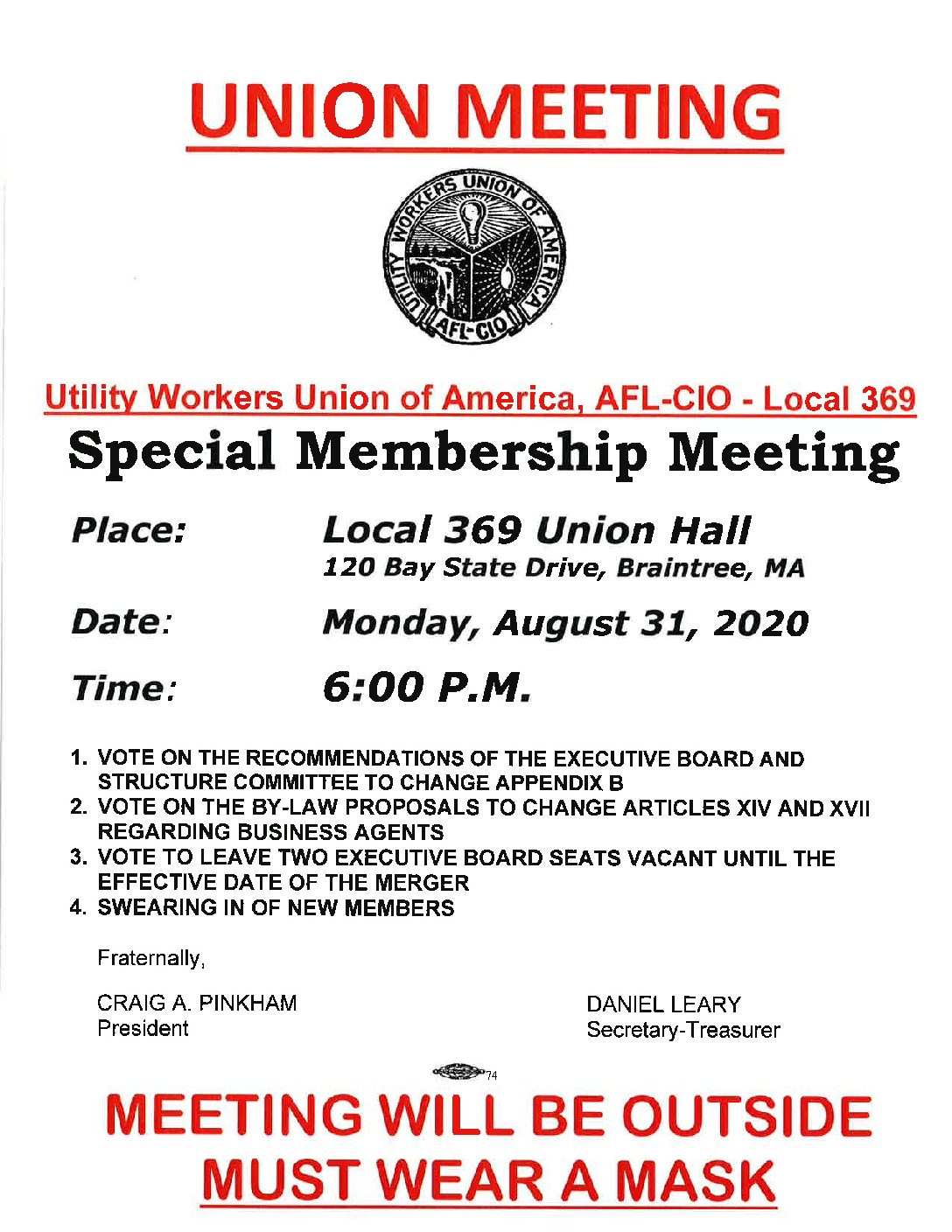 Local 369 will also be holding a Special Membership Meeting on Monday, August 31 at 6 PM. Meeting will include votes on the proposed changes to Appendix B and by-laws, a vote to leave two Executive Board seats vacant until the effective merger date with Local 273, and swearing in of new members. The meeting will be held outside at the Union Hall, and all participants must wear a mask. 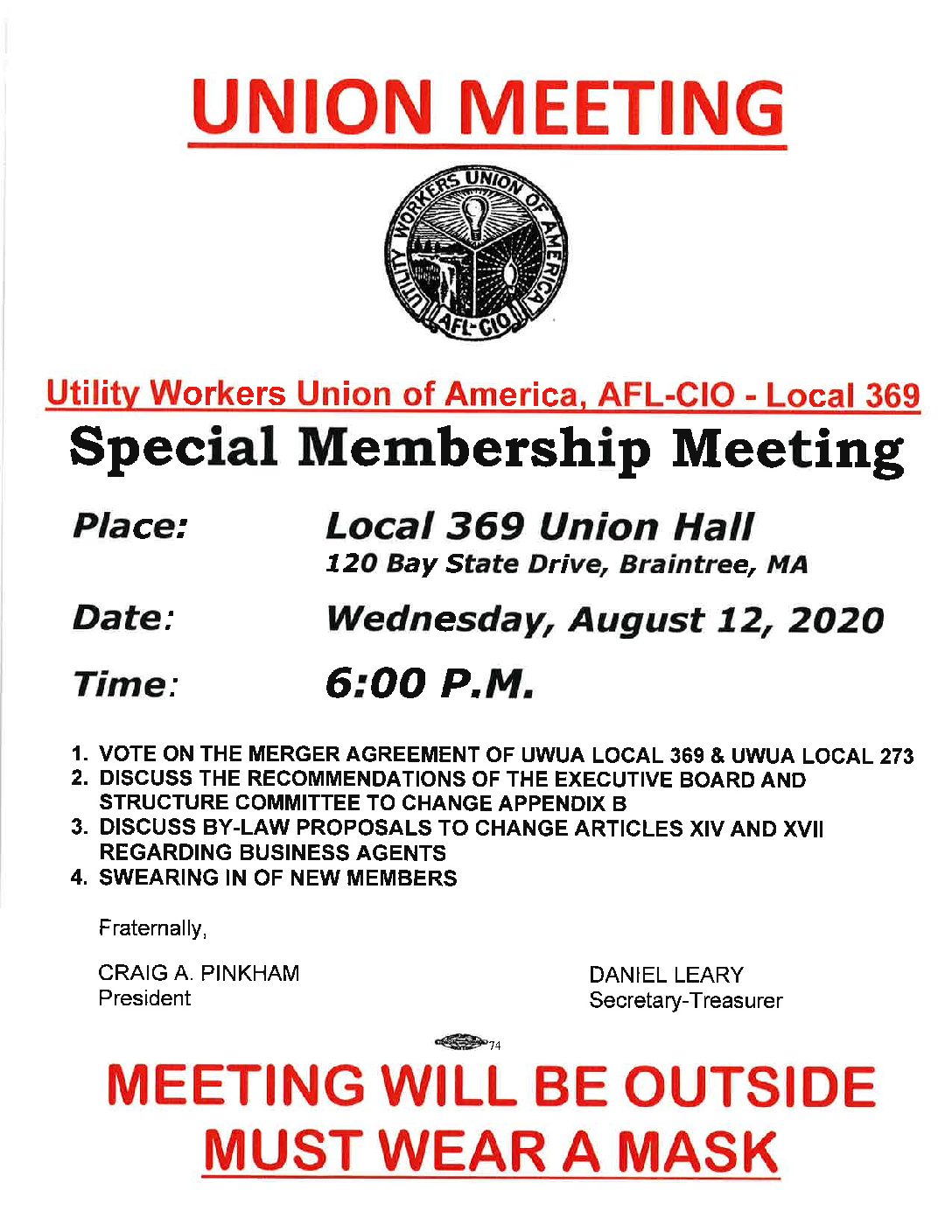 Local 369 will be holding a Special Membership Meeting on Wednesday, August 12 at 6 PM. Meeting will include a vote on the merger agreement between UWUA Local 369 and UWUA Local 273, discussion of proposed changes to Appendix B and by-laws, and swearing in of new members. The meeting will be held outside at the Union Hall, and all participants must wear a mask. 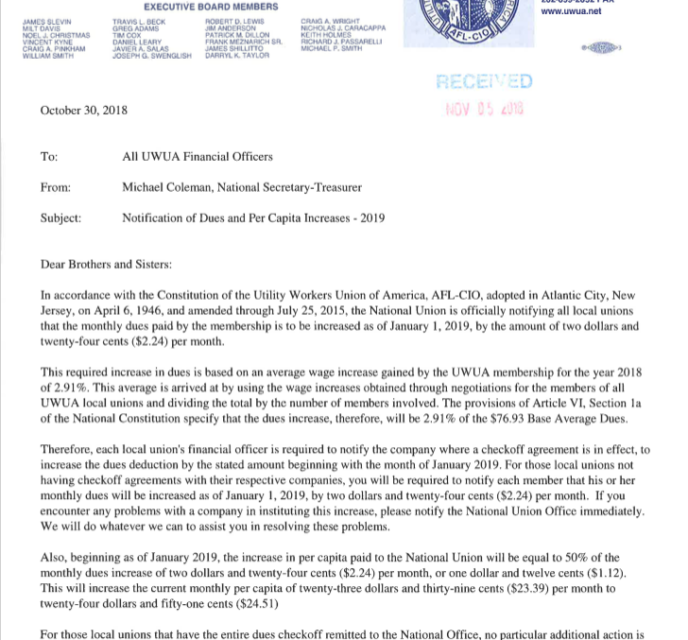 Notification of Dues and Per Capita Increases – 2019

In accordance with the Constitution of the Utility Workers Union of America, AFL-CIO, adopted in Atlantic City, New Jersey, on April 6, 1946, and amended through July 25, 2015, the National Union is officially notifying all local unions that the monthly dues paid by the membership is to be increased as of January 1, 2019, by the amount of two dollars and twenty-four cents ($2.24) per month. 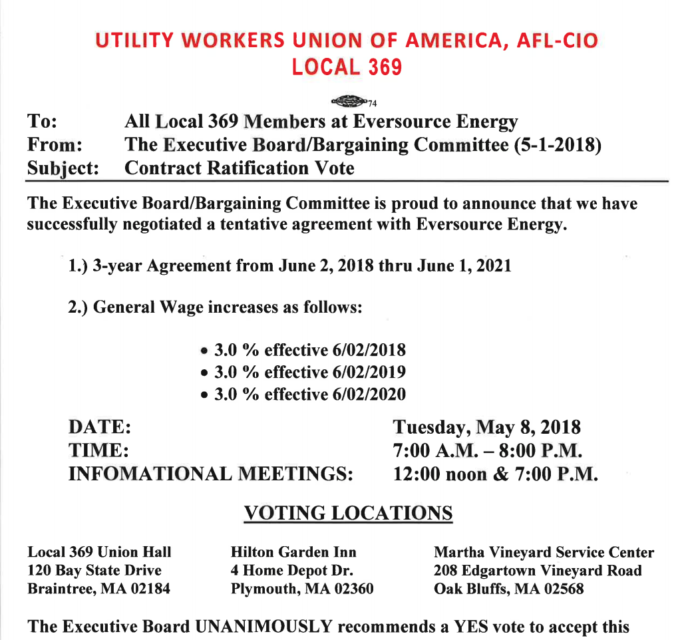 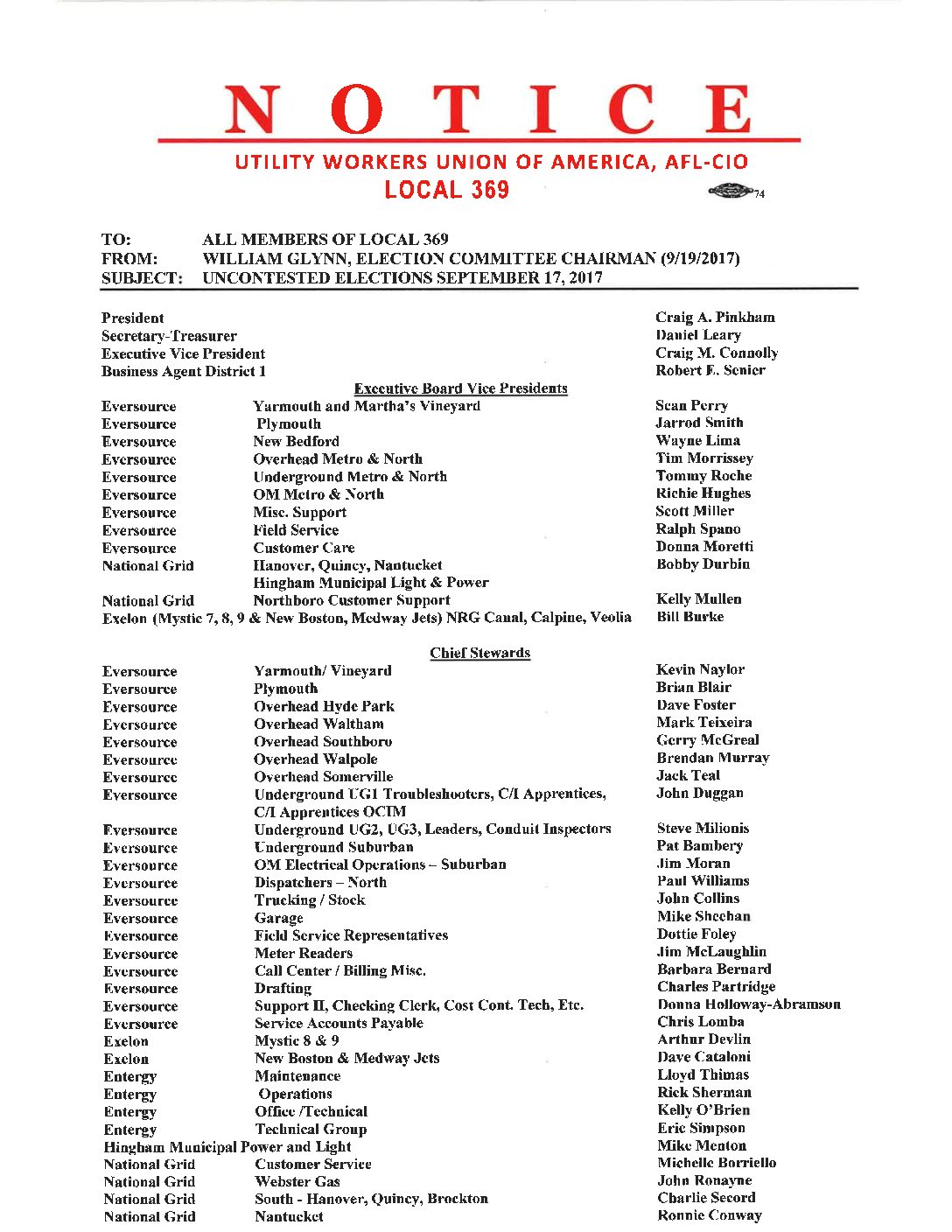 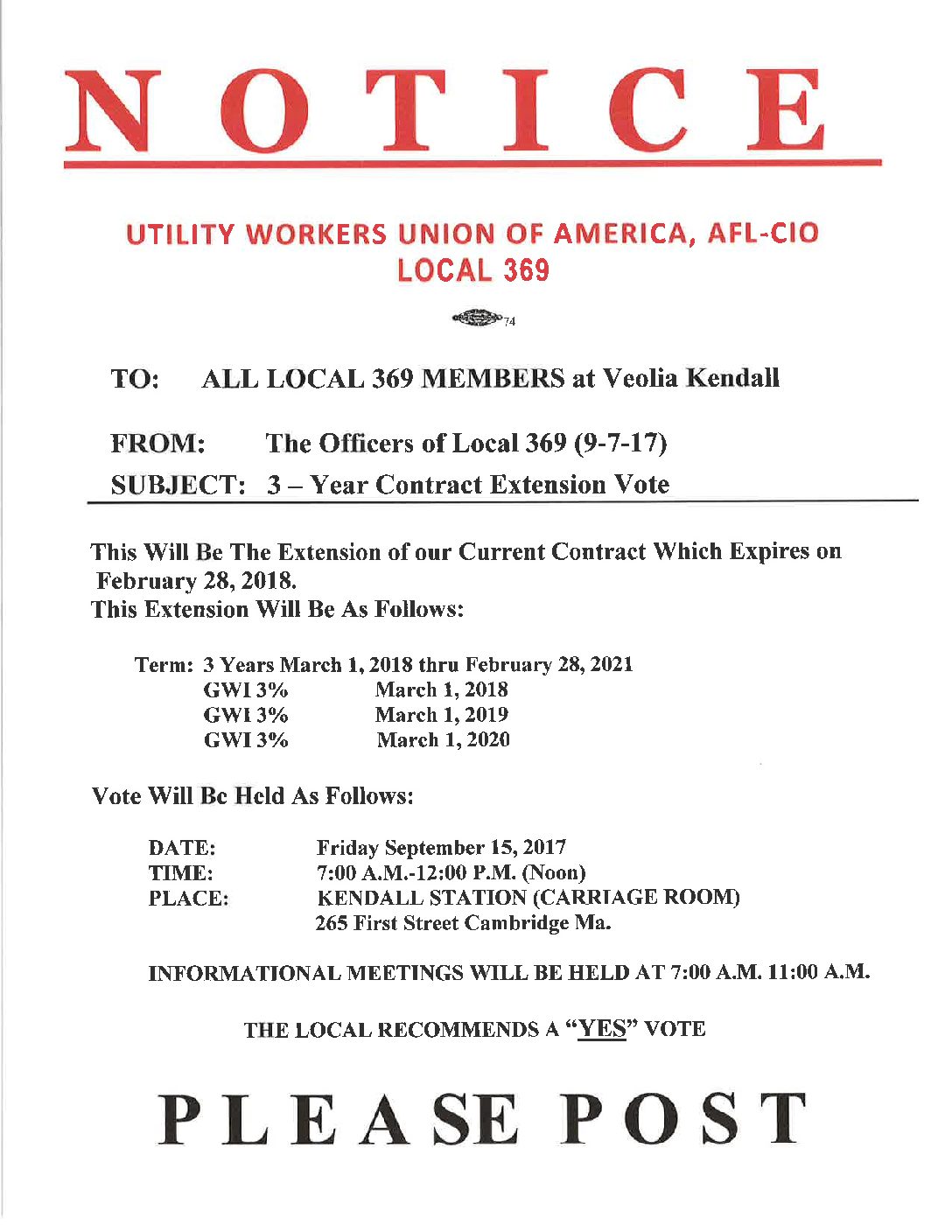 Check back for a link to the UWUA National's forthcoming web-store
Get it!


Warning: count(): Parameter must be an array or an object that implements Countable in /home/customer/www/uwua369.org/public_html/wp-content/plugins/the-events-calendar/common/src/Tribe/Customizer/Section.php on line 204